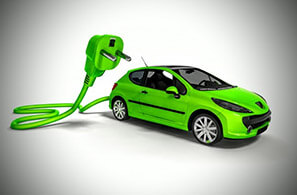 Electric cars – are not slowly and confidently conquering the world. What is going on? How the people are stimulated to buy electric cars, no matter that their costs are much higher than in cars that use petrol or diesel?

Great Britain goes on actively transfer the locals on the electric cars usage. The government declares that due to a new bill in favor of electric cars, they must be bought earlier than in this very moment.

According to a new bill, every new house that is built at this very moment will be equipped with a special wall-box-charger for electric cars.

There is one more incentive for those who live in Great Britain. Till 2040 there will be a bill that prohibits selling the cars that are functioning on the petrol or diesel.

According to the statistics, there were sold much more electric cars in 2017 than in 2016 in great Britain, being more precise – on 77% percent more. As you can see, the citizens aim to make the ecological situation of their country better, and the government puts no barriers on their way.

The benefits of electric cars

It should be mentioned the benefits of electric cars in order to find out why they are so popular.

That is why, there is no surprise that the electric cars are so popular on the roads of Great Britain.