There are not only beautiful landscapes and places that wants to visit every common person. As in many other countries, there are strange and mystic places in Ukraine. The origin and the aim why they were built is still not known.


The ghost of the dead monk is seen close to the castle walls. There are two legends about him:

It is considered an anomalous zone. At least those who were on a territory of the village say so: the clock stops working in the right manner, the cars often break down and the travelers are left along with the broken car and uncertainty what will happen next. More subjective “symptoms”: people here often get headache and feel dizziness.

One way to explain all of these is to say that different magnetic fields are overlaid one on another, that is why strange things happen there. 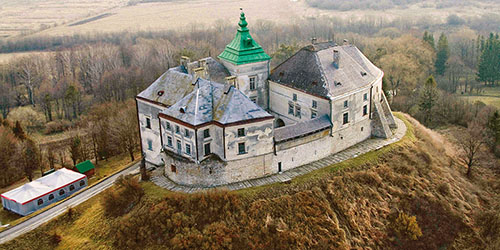 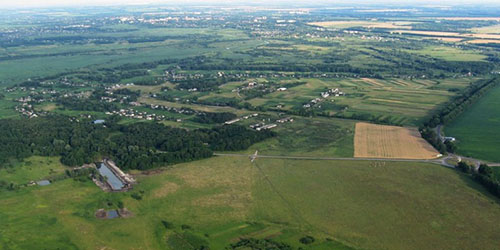 It appeared that Loch Ness monster lives not only in Scotland but also in Ukraine. Or something that alike. The lake is located two kilometers from Somin village. Nobody fishes and swims there. They say that the birds do not sing there and there is no fish in the lake. The locals explain this in one simple way: there is a monster – an ancient sheatfish or prehistoric shark – it is seemed to be seen thirty years ago.

Sound like a logic explanation if not for one question: “What does the monster eat?” In any case, the lake is available for visiting at any time.

The cemetery – a home to the vampire

This is the place of “pilgrimage” for every fan of vampires and their culture. Every local man is sure that there lived a vampire. In 1974 the dead bodies with a strange wound on the neck – like a vampire mark, were found. There were the rumors that one dead man came to life and became a vampire. Of course, the Soviet authorities denied everything. But the grave – a sanctuary of the vampire was burned with the help of the military flame gun (it is known who have an order for such an operation). After this operation nobody was found dead with a mark of the neck and the locals can get calm.

The most famous ghost-town on the territory of Europe. After an explosion of Chornobyl station, the locals were evacuated. There left only the most stubborn men for whom even the radiation was not a reason to leave their home. The city has been left for more than 30 years. For everybody who still wants to visit Prypiat, there are the excursions to this city where you can come to this city and have a walk but only with a guide. 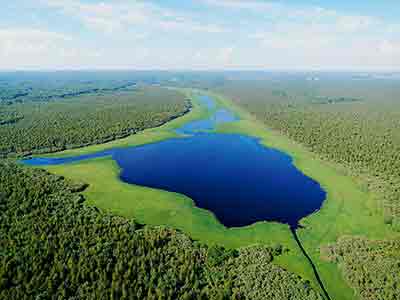 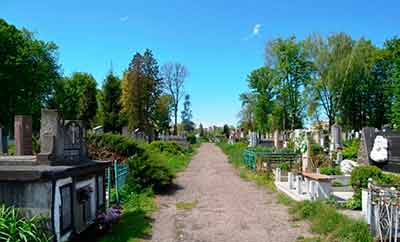 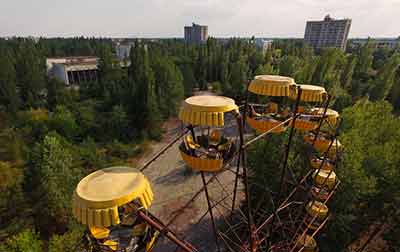